A Primer on Qualified Immunity

The current qualified immunity doctrine was first articulated by the United States Supreme Court in the case of Harlow v. Fitzgerald, 257 U.S. 800 (1982).

Qualified immunity is a defense to civil lawsuits, not criminal charges, that reflects a balance between twin goals:

Qualified immunity protects government officials against lawsuits for violating someone’s constitutional rights unless that right was “clearly established” in an earlier case.  The right must be “clearly established” so that a reasonable officer would have known about it at the time of the violation.

Over time, courts have determined that a constitutional right is “clearly established” only if earlier court opinions have held that virtually identical conduct was unconstitutional.  In practice, that means qualified immunity often precludes liability against law enforcement officers, even in serious excessive force situations, because no two cases are exactly alike. 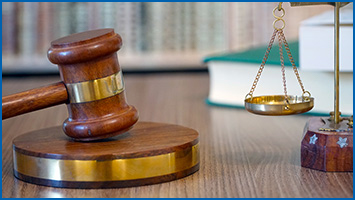 Though courts have consistently enforced qualified immunity for decades, the doctrine has no shortage of critics.  United States Supreme Court Justice Sonia Sotomayor has stated that she views qualified immunity as a “one-sided approach” that transforms the doctrine into “an absolute shield for law enforcement officers,” leading to a shoot-first, think-later approach.  Qualified immunity also stunts the development of constitutional law, according to Justice Sotomayor.  Justice Clarence Thomas likewise has pushed his colleagues to revisit the doctrine because it has no statutory basis.  It is an immunity solely created by judges, not legislatures.

Additionally, various criminal justice reformists have also joined to push courts to reconsider qualified immunity.  An ideologically diverse coalition of public interest groups, including the Cato Institute, the ACLU, the Second Amendment Foundation and American Prosperity, routinely participate in appeals to the Supreme Court seeking to abolish or at least limit the qualified immunity doctrine.

Prospects for legislative reform at the federal level are also unlikely.  In March 2021, the U.S. House of Representatives passed the George Floyd Justice in Policing Act (H.R. 1280), which would ban qualified immunity in federal civil rights litigation.  Yet passage of the bill in its current form by a closely divided U.S. Senate remains doubtful.  Moderate Democrats and Republicans in the Senate argue the bill may drain resources from law enforcement.  The Senate also is wrestling with many other political priorities being advanced by legislators and a new administration.  And that’s against a backdrop where most bills require 60 of 100 votes from Senators to advance to signing by the President.

While little has changed in Congress or the courts, some state and local governments are starting to act.  In June 2020, Colorado passed the nation’s first ban on qualified immunity, the Enhance Law Enforcement Integrity Act.  The Colorado law makes it easier to bring state causes of action to make the officers (and their employers) financially liable in court.  Indeed, officers who lose in court may pay up to $25,000 of their own money.  It is important to recall that the Colorado law does not have any effect on defenses to federal causes of action.  Even so, the new law essentially allows Colorado plaintiffs to bypass federal qualified immunity by suing under Colorado state law with no immunity defense available to government employees.

Colorado is not alone.   In April 2021, New Mexico enacted a law that prohibits the defense of qualified immunity in response to state causes of action.   The New Mexico law also allows, but does not require, a court to award attorneys’ fees to a prevailing plaintiff.   Similarly, in early April 2021, the New York City Council passed the first U.S. municipal ban on qualified immunity, and the mayor is expected to sign the legislation.  Laws in Connecticut and Massachusetts in 2020 limit but do not ban qualified immunity.   Bills in Florida, Illinois, Iowa, Maine, Minnesota,
New Hampshire, and other states are also being debated.

What does this all mean?  In the short term, we’ll continue to watch closely for legislative advances by state and local governments, where there is the greatest chance for reforms that may shake up the rules for liability of governments and their employees, potentially impacting their exposure.  While these diffuse reforms may be incremental, they still will affect suits that, until now, had similar outcomes regardless of the jurisdiction.  We’ll also watch for continued debate in Congress and potential development in U.S. Supreme Court jurisprudence that could be transformative for state and local governments nationwide.

All this produces uncertainty around potential exposure for local governments and their officials.  Just before the Derek Chauvin criminal trial, the Floyd family agreed to a $27 million settlement of the civil matter against the City of Minneapolis.  Attorneys for the Floyd family hailed it as the largest pretrial settlement in a civil rights’ wrongful death lawsuit in U.S. history.[i]

What this signifies for public entity insurance also remains unclear as these hotly contested issues play out.  As one legal commentator specializing in insurance observed:

“The repeal of qualified immunity … is highly likely to aggravate a market that is already in turmoil. The devices that insurers sometimes use in other lines of liability to manage the challenges they face – principally, the use of selective exclusions from coverage and the shift from occurrence to claims-made coverage – are not suited for addressing the underlying causes of market turmoil. Consequently, we can expect that repeal of qualified immunity would generate more of what is already occurring – coverage would become even less available, and the coverage that municipalities are able to buy will provide less insurance for even higher premiums.”[ii]

Genesis will continue to monitor closely these developments and stands ready to work with clients to help them manage risks.  If you would like to continue the conversation regarding qualified immunity, please give us a call.

Steve Leone is a Vice President & Unit Manager within the Genesis Public Entity Claim Division. He has 30 years of multi-line claim experience, including nearly 26 years with GenRe where he has served in multiple capacities for both General Star and Genesis.  He and his team handle public entity reinsurance pools and individual risks as well as K-12 and higher education accounts nationwide. Steve may be reached at 203.328.6637 or steve.leone@gumc.com.